This is a revision of Freud’s “Project for a Scientiﬁc Psychology: General Scheme.” It updates the original, sentence for sentence where possible, in light of contemporary neuroscientiﬁc knowledge. The principle revisions are as follows. (1) Freud’s conception of “quantity” (the precursor of “drive energy”) is replaced by the concept of “free energy.” This is the energy within a system that is not currently performing useful work. (2) Shannon’s conception of “information” is introduced, where information is equivalent to unpredictability, and is formally equivalent to “entropy” in physics. (3) In biology, the fundamental purpose of “homeostasis” is to resist entropy – i.e., to increase predictability. Homeostasis turns out to be the underlying mechanism of what Freud called the “principle of neuronal inertia.” (4) Freud’s conception of “contact barriers” (the physical vehicles of memory) is linked with the modern concepts of consolidation/reconsolidation, whereby more deeply consolidated predictions are less plastic (more resistant to change) than freshly consolidated ones. (5) Freud’s notion of sensory “excitation” is replaced with the concept of “prediction error,” where only that portion of sensory input which is not explained by outgoing predictions is propagated inwards for cognitive processing. (6) Freud’s conception of “bound” (inhibited) cathexis, the main vehicle of his “secondary process” and voluntary action is equated with the buﬀering function of “working memory”; and “freely mobile” cathexis (the vehicle of Freud’s “primary process”) is equated with the automatized response modes of the nondeclarative memory systems. (7) Freud’s notion of ω (the system “consciousness”) is replaced by the concept of “precision” modulation, also known as “arousal” and “postsynaptic gain.” 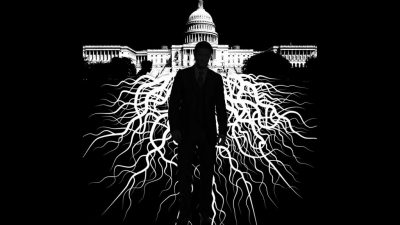 Like others, I have thought from the first day of the Covid-19 pandemic that it was forcing us to awake from exponential life-system destruction by ‘business as usual’ to our common life-ground.

The Strange Order of Things is a pathbreaking investigation into homeostasis, the condition that regulates human physiology within the range that makes possible not only survival but also the flourishing of life. Antonio Damasio makes clear that we descend biologically, psychologically, and even socially from a long lineage that begins with single living cells; that our minds and cultures are linked by an invisible thread to the ways and means of ancient unicellular existence and other primitive life-forms; and that inherent in our very chemistry is a powerful force, a striving toward life maintenance that governs life in all its guises, including the development of genes that help regulate and transmit life. The Strange Order of Things is a landmark reflection that spans the biological and social sciences, offering a new way of understanding the origins of life, feeling, and culture.

Video Presentations A Neuropsychoanalytic Perspective on the Hard Problem of Consciousness Why and How Consciousness Arises At our Feb. 5 Grand Rounds, Mark Solms, PhD, of the University of Cape Town, presented on how the metaphysical experience of consciousness relates to the physical brain—and why psychiatrists should care. Consciousness Itself is Affect: Felt Uncertainty in… Read More

Although the origin of self-referential consciousness is unknown, it can be argued that the instantiation of self-reference was the commencement of the living state as phenomenal experientiality. As self-referential cognition is demonstrated by all living organisms, life can be equated with the sustenance of cellular homeostasis in the continuous defense of ‘self’. It is proposed that the epicenter of ‘self’ is perpetually embodied within the basic cellular form in which it was instantiated. Cognition-Based Evolution argues that all of biological and evolutionary development represents the perpetual autopoietic defense of self-referential basal cellular states of homeostatic preference. The means by which these states are attained and maintained is through self-referential measurement of information and its communication. The multicellular form, either as biofilms or holobionts, represent the cellular attempt to achieve maximum states of informational distinction and energy efficiency through individual and collective means. In this frame, consciousness, self-consciousness and intelligence can be identified as forms of collective cellular phenotype directed towards the defense of fundamental cellular self-reference.

Reduction of developmental biology to self-referential cell-cell communication offers a portal for understanding fundamental mechanisms of physiology as derived from physics through quantum mechanics. It is argued that self-referential organization is implicit to the Big Bang and its further expression is a recoil reaction to that Singularity. When such a frame is considered, in combination with experimental evidence for the importance of epigenetic inheritance, the unicellular state can be reappraised as the primary object of selection. This framework provides a significant shift in understanding the relationship between physics and biology, providing novel insights to the nature and origin of consciousness.

Reproduced from: http://www.imprint.co.uk/pdf/Torey.pdf  The Immaculate Misconception  by Zoltan L. Torey Correspondence: Zoltan Torey, 15 Woodlands Avenue, New Lambton, NSW 2305, Australia.  ztorey@bigpond.com.au An earlier version of this article was given as an invited keynote talk at the conference Toward a Science of Consciousness 2004 at Tucson, AZ. Journal of Consciousness Studies, 13, No. 12, 2006, pp.  105–10 The… Read More

The Power of UNITY!!

The Global Syndemic of Obesity, Undernutrition, and Climate Change: The Lancet Commission report – Table of Contents

Comparison of odds (lnOR) of decreased mortality across several conditions associated with mortality.

Are we suffering from Capitalism?

WHAT IS THE LIFE-GROUND?

The Life-Ground of Value: A concept introduced by McMurtry (1998) which signifies the totality of conditions, natural and/or social, upon which any living thing or collection of living things depends for its existence.

The Life-Ground: the conditions of all life and substantive value.

Most simply expressed, all the conditions required to take your next breath. Axiologically understood, all the life support systems required for human life to reproduce or develop. The life-ground is to be distinguished from the concept of “the life-world” which refers to background beliefs.

The universal basis of all value, the maximal development of the capabilities of living things relative to their degree of organic and social complexity.

The totality of conditions presupposed by the life of individual living things; the basis of there being value and beings that can value.

While religions have featured the animating breath of life, they have attributed it to a transcendental creator so as to overlook its source in the creation itself–a kind of idolatry of man-made ideas.

Source: ‘What is Good? What is Bad? The Value of All Values across Time, Place and Theories’ by John McMurtry, Philosophy and World Problems, Volume I-III, UNESCO in partnership with Encyclopedia of Life Support Systems: Oxford, 2004-11.

The Handbook of Salutogenesis

Heart failure: When we fail to understand the ins and outs of the heart

Evaluation of Acute Chest Pain in the Emergency Room

LOCKED UP! LIFE BEHIND BARS AND HEALTH CARE

Multi-pronged Attack on the Diabetic Foot